I would like to share the last project I did and it is a Christmas lantern controlled by the microcontroller. This project was made for our Christmas party lantern making contest and successfully we won the very first spot. The main guideline was to build a lantern made from excess materials with minimal costs. The only things we bought here were the 20 light bulbs controlled by the microcontroller and their holders. Everything else then are just found from the excess storage area.

The project was a 5 ft tall lantern composed merely of junk wires, light bulbs and considerable amount of electronic components. The lantern was synchronized with monotone tunes. There were 5 different songs used and every song has different light sequences. The songs were arranged in this order: Winter Wonderland, Let it Snow, Rudolph the Red Nose Reindeer, We Wish You A Merry Christmas and Jingle bells.

Watch the video at the end of this post.

Here’s the final image of the lantern.

END_OF_DOCUMENT_TOKEN_TO_BE_REPLACED

Finally, I had the time to update again this blog site. Here is another thesis project I helped my co-worker build and this time it is not powered by any microcontroller. This project is intended to replace currently used fluorescent lamps typically seen at homes, schools, office, etc. You might think this is just some typical fluorescent LEDs out there with external voltage source, ehrm.. no, you’re wrong! it can directly replace the fluorescent lamp on their slots and it is also remote controlled! It has it’s own regulated power supply. If you will look closely to the images you would see that it has a smaller part where there are no LEDs or light coming out and yes! the regulator circuit was squeezed there just to fit.

So what is it made off? How did I design it? I did a little research and realized that it takes a year or even more to design an efficient power regulator. Well the time wasn’t on my hand so instead of designing it from scratch, I adopted a finished design and improved it. I based it on a switching regulator circuit from a china-made charger of a security cam. It is rated with 12v and 1.5A. Because of the switching regulator, it makes this product an energy saver. Unlike the Fluorescent Lamp that heats up, this is a little bit cooler because of its switching property although some parts of it still heats up like the diode.

I attached a block diagram explaining the principle behind the control circuitry. Thanks to wikipedia.

As I’ve promised, I’m back with a bigger project and now it’s again about LEDs. This is my multi-purpose LED signboard. It scrolls messages and also functions as Spectrum Analyzer. Happy New Year!!

I will be out for months doing my hobby projects since I’m taking my first job. I will still be around here if anyone would need help in making their projects. I will be busy on building my first project for the company and hopefully I could finish it early to continue again what I’ve started. 🙂

This post will lead you to the video I created for a school presentation.

Computer engineers solve a wide range of problems using computers; they design the microprocessors along with the hardware that goes in the computer and develop the software that controls the system. They also ensure computers communicate properly with one another. Computer engineers are equally at ease designing the hardware of systems powerful enough to execute complex tasks efficiently and developing the software to perform given tasks reliably.

END_OF_DOCUMENT_TOKEN_TO_BE_REPLACED

Search in the blog 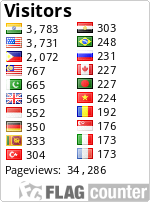